Every summer the Troy Arts Council Theater Committee works to bring in volunteer guest directors and creative teams to participate in a summer residency. This residency includes numerous educational opportunities, camps, and workshops. It also includes the production of a full-scale musical held in the Troy City Park.

We are so incredibly thankful for our guest directors and creative team. They volunteer their time, energy, and resources to help support our community through theater. They believe this community is worth investing in and give us so much. Learn about our team below! 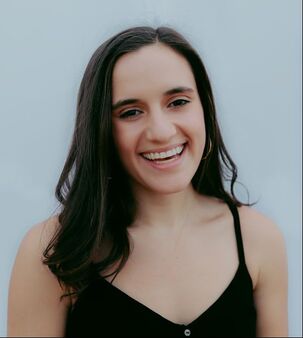 Abigail Rebekah is originally from Troy, ID, but is a recent graduate from the University of Utah with the Class of 2021. She graduated with a Bachelor of Fine Arts in Modern Dance from the School of Dance and with the recognition of an Undergraduate Research Scholar for her thesis, Movement for Actors: Practice, Collaboration, and Performance.  Abigail works in a realm of physical and dance theater, creating movement-based story-telling using concepts of athleticism and text. Her most recent work has included: directing/choreographing a newly devised work, Grey Area in collaboration with the University of Utah Undergraduate Research Program, serving as the Movement Director for a new play, Ronald & Edith, created by colleague Connor Johnson, and working as Assistant Director/Choreographer for Newsies with Troy Community Theatre.

Abigail comes from training focused in classical ballet, neo-classical jazz, and modern dance, all accumulating to specialties in theater performance. She is thrilled to bring this training to the Troy area for her fourth year! The performing arts, in particular Musical Theater, bring an overwhelming joy to her life, and she aims to never live without them. They have brought her the opportunity to share stories and messages with audience members that can influence lives in beautiful ways. Abigail's heart for movement and story go hand in hand with creating worlds for bodies to feel safe, while fully committing and expressing their motivations and passions.

​Learn more about Abigail's work on her website: abigail-rebekah.com Sam Shown is a professional actor and director currently based out of eastern Oregon. He has received both a Bachelor of Science in Theatre Arts as well as a Bachelor of Music with an emphasis on vocal performance from Eastern Oregon University. During his time in undergrad, Sam became well acquainted with many forms and approaches to theatre and music, studying words from William Shakespeare to Neil Simon and music from Bach to Sondheim. He has had the opportunity to work with a number of companies including the Elgin Opera House, La Grande Shakespeare Company, Utah Opera, and On Pitch Performing Arts among others.

Throughout his experiences, Sam has portrayed a wide variety of characters such as the Baker in Into the Woods, Frederick Treves in The Elephant Man, Laertes in Hamlet, Claude Frolo in The Hunchback of Notre Dame, Gomez in The Addams Family, and most recently Fred/Young Scrooge in A Christmas Carol followed by Jack Worthing in Oscar Wilde’s The Importance of Being Earnest. In addition to his work on stage, Sam has developed a reputation and skill as a prolific voice actor, providing recordings for projects such as Troy Community Theatre Apprentice Program’s Something’s Afoot and narration for his alma mater’s 2021 convocation video.

Sam is so incredibly thankful to finally be working with the Troy Arts Council and Troy Community Theatre in an official capacity. The love and care for these summer productions exhibited by this community in past years reinforces his joy and gratitude to be able to create something beautiful with his wife, family, and the rest of this wonderful community.
More of Sam's work here: www.samshown.com

Isaiah Raasch is 18 and will be attending Boise State University in the fall. He will be receiving his Bachelors of Music in Vocal Performance. He has co-directed two shows through the Troy Community Theatre Youth Apprentice Program. These include "The Nick of Time Christmas Show" and recently, "Something's Afoot." This is his first time Music Directing for a Troy Community Theatre production and is so excited to work alongside my wonderful sister and brother in law.

Although Isaiah loves directing, he much rather be up on the stage performing. Past Troy Community Theatre and Youth Apprentice Program productions include "Seven Brides for Seven Brothers" (Gideon), "The Wizard of Oz" (Tin Man), "You're a Good Man, Charlie Brown" (Schroeder), "The Nick of Time Christmas Show" (Dusty/Tyler/Noel), "Newsies: The Broadway Musical" (Jack Kelly), and "Something's Afoot" (Geoffrey). He has also been in "Under the Bridge" with the APOD Theatre. He has had a love for theatre for his whole life and looks forward to sharing it with the amazing cast and crew!

Isaiah feels so blessed to have been a part of the Troy Community Theatre throughout his high school career. He loves the outdoor theatre and the wonderful people involved. He is so blessed by this community and can't wait for this wonderful project.

WE ARE SPONSORED & PRODUCED BY THE: